You are here:
Posts 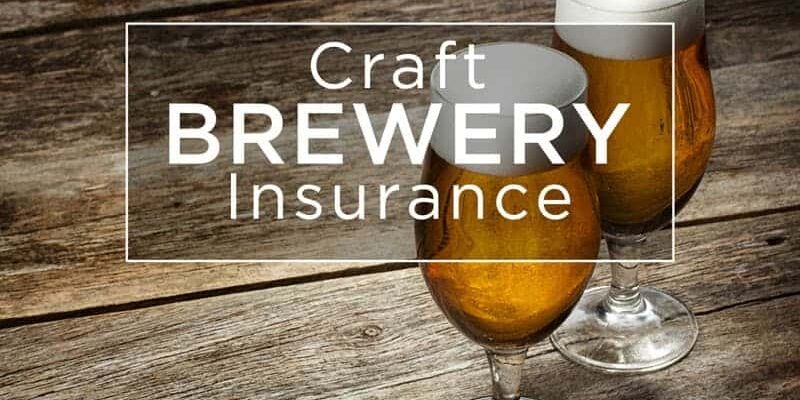 Whether you’re opening a new brewery or have been in business for a few years, you are going to want to have appropriate insurance in place. The best way to do this is to consult with a broker familiar with the industry.

What craft breweries need to insure

“…Every brewery will get sued one time or another,” prophesizes Mike Arnold, owner of the Trafalgar Brewing Company in Oakville, Ont.

In 1998, when his brewery was just six years old, Arnold faced a $25-million lawsuit. One man claimed his underage son had gotten drunk from beer purchased at Trafalgar and then wrapped a car around a tree.

That’s when liquor liability insurance should kick in. And it doesn’t matter, according to Andrew Clark, president and CEO of Toronto brokerage Aligned Insurance, whether the plaintiff was hit by a car after downing too many pints in the brewery’s tasting room or got food poisoning after sampling beer at a festival.

Any brewery attending an event needs specialized liability coverage. “Before we go to beer festivals,” Arnold says, “our insurer has to indemnify the organizer. And usually [the festival is] located on city or town property so we have to indemnify the town…. People are coming and sampling and though very few are drunk, you have to be careful.”

As for the $25-million lawsuit, “we notified our insurance company, and they came out with an adjuster and walked us through it,” Arnold says. “We had to go to a discovery, and we showed proof that the guy never bought it at our store. It was fortunate for us that we had the liability insurance that paid for the lawyers and they knew how to handle it.”

Which means Happy Hour gets saved. But making all those nice cold ones are some big, hot machines and equipment. When there’s a breakdown, Arnold’s team tries to repair it themselves, though all of it is insured under liability coverage. “My background is nuclear engineering. We do all our own plumbing, electrical. If you’re going to get into this business, you better be handy; it always happens Friday at 4 p.m.—that’s when it breaks down. Not Monday at 10 a.m. when you have all week to fix it.”

Liability coverage is especially important for smaller breweries, which often can’t absorb legal fees and losses of income as easily as their bigger brethren, says Andrew Mangialardi, a broker at Moore-McLean Insurance Group in Toronto. “If they were ever to have an issue, it could cripple them.”

Contract breweries, which sell beer brewed and produce by others, are responsible for distribution and so have to consider liability insurance as well. “They’re more of a sales arm,” says Mangialardi. “From that exposure what they have is just a product liability, a commercial general liability policy. They’re going out to events and selling, but it’s all being brewed by someone else.”

And it’s important to keep track of just where those suds are sold. Brewpubs that brew their own beer can only distribute their product through front-of-house sales, like an attached pub or store, while commercial breweries naturally sell through provincial liquor stores as well as front-of-house.

Bigger breweries with a lot of equipment, on the other hand, have their own set of concerns. Machinery, barrels and property all need coverage, and product recall insurance becomes more important as the operation gets bigger. “If you’re brewing more product, you’re having the potential to recall more product,” Mangialardi points out. But brewers don’t always use it.

Last year, Arnold had to recall a batch of his beers after a few bottles in an LCBO shipment had broken. “We looked into it and some of the glass was too thin,” he says. “We told the LCBO, ‘Pull it as fast as you can.’” But Arnold’s team determined there wasn’t enough loss to justify invoking the insurance. “The insurance company wouldn’t have covered our profit, and our cost of goods wasn’t that much. Beer isn’t that expensive to make. It was a pain in the butt, but we did it.”

The Ontario Craft Brewers association says the craft beer segment in their province is growing more than 10 percent a year. “It’s quite an exciting time,” says Arnold. “We’re riding a wave but the wave’s been building for seven years and we can’t see it crashing on shore yet.”

In the small brewing room at the Trafalgar Brewing Company, water stains the floor underneath the massive kettles, and a young man sweating in work boots and shorts sweeps away the raw, pungently bitter hops. It’s humid, especially near the boiler (which requires a separate insurance rider), but the workers are smiling.

High-Risk Auto Insurance: Getting the Best Quote in Ontario
May 21, 2021